I recently posted an article about Qingdao, well-known for its German architecture (and beer) heritage. However few people know that Shanghai also had its German time when German influence was competing with the French and the British.

Following the second Opium War, in the 1860’s, many German traders settled in Shanghai. They soon became very successful and at the turn of the century, the German Empire economic power was even prevailing on the British. German businessmen were indeed considered very flexible and more reactive than their British counterparts. Trading companies like Calowitz (see photo bellow) or Siemssen imported German manufactured products and were among the most prosperous of the city. 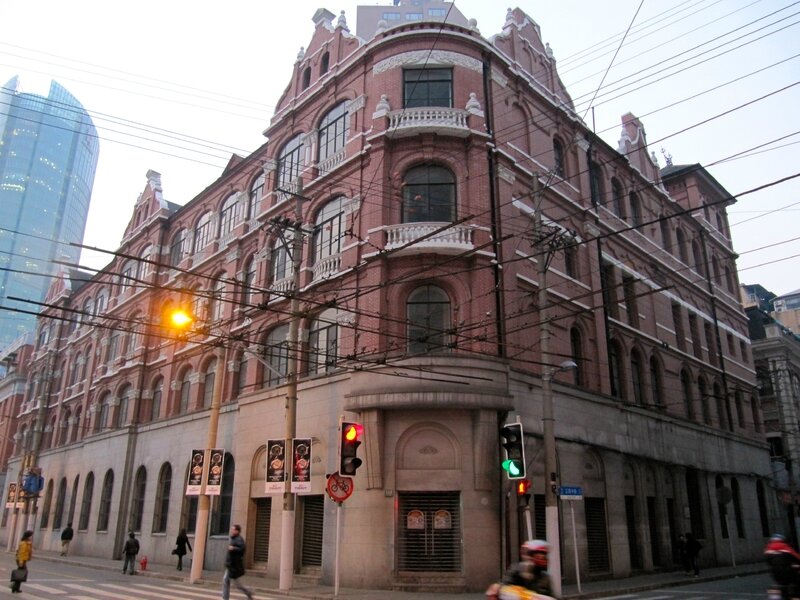 Opposite the Astor Hotel, was the “German corner” (Deutsche Eck). It included the German Consulate and also a presbiterian church. Further South, on the Bund stood the famous “Concordia Club”, a Bavarian-style three storey building. This is where the 1155 people of the German community as from the 1915 census used to meet to have social activities.

At number 14 on the Bund, the Deutsche Asiatische Bank financed German and Chinese businesses.  At the junction of Foochow Road and Szechuen Road, you could also find a German Post Office. Then there was a second “German Corner” in the French Concession, close to the German School “Kaiser-Wilhelm-Schule”. In 1932, Lazlo Le Hudec built there the New Evangelist Church (see down right). Another emblematic spot was the German Country Club (photo on the left). It was eventually demolished in 1924 to make way to the new Cercle Sportif Français, as a result of the Versailles Treaty war compensation. On Lafayette Street (Fuxing Lu) too, the Deutsche Medizin und Ingenieurschule was first created to provide medical and technical skills to some 567 Chinese students. After WWI, it became the Franco-Chinese Institut and it is now the location of the Shanghai University and the Royal Asiatic Society Library.

Among still standing villas in the German style is the house at 20 Fengyang Road which hosted Prince August Wilhelm during his visit to Shanghai in 1903. On 1121 Huaihai Road, the Bavarian-style villa (photo bellow) was designed by Shanghai based German architects Becker and Baedecker. 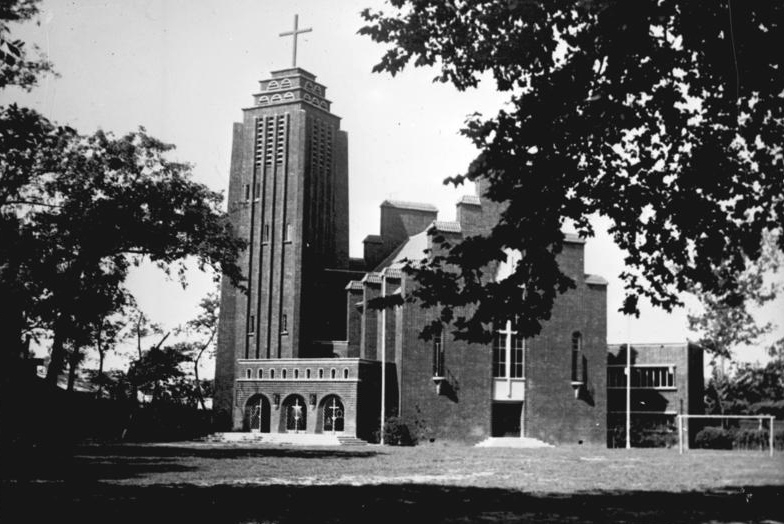 When Nazis came to power, the German community in Shanghai changed its focus. As a local section of the SA was based in the Kaiser-Wilhelm-Schule, most students had to join the ranks of the Hitler’s Youth.

Starting from 1937, ten thousands of Jewish refugees fleeing Germany and Austria rushed into Shanghai. In 1943, the Jewish refugees where forced into the “Designated Area” in Hongkou (see my article on Jewish Shanghai). Hopefully and despite the attempts of Josef Meisinger, "the Warshaw Butcher”, who was in post in Tokyo at that time, most of them would survive the war and start new lifes.

The German influence in Old Shanghai, as other western communities, reflects the situation of the World. Part of this heritage can be traced in todays Shanghai, if you watch carefully.