Hong Kong Peninsula, the end of the line.

Hong Kong Peninsula, the end of the line. 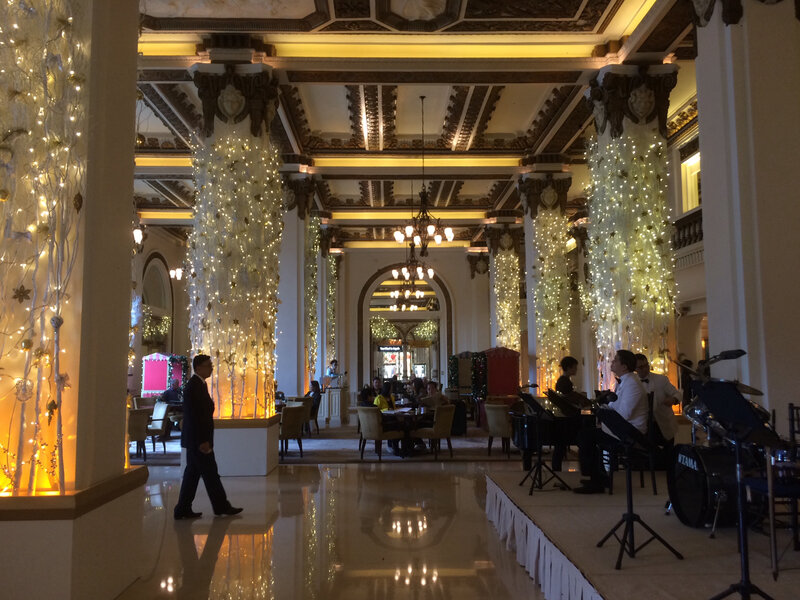 Built in 1927 by the Kadoorie family, Hong Kong Peninsula Hotel is actually not located in Hong Kong Island but in Kowloon for a good reason. It was there that most of travelers who ended there journey on land would wait for the ferries to cross the Hong Kong strait. The lavish palace was precisely facing the railway tracks of the Trans-Siberian, next to another place of memory for long distance travelers or migrants, the Kowloon YMCA. Stories of migrants are many but not everybody, by far, could afford the prices of the Kadoorie splendor. Most of the former Shanghai movie stars and Kuomintang supporters who fled the Communist regime in 1949 would probably not stay there. Tales of decay of Shanghai kings or cinema queens sometimes even involve the ballrooms of Hong Kong, another name for brothels in the British controlled island, or even worse, the sordid dance halls inside Kowloon, a few blocks away from the Peninsula Hotel. For some of these refugees including famous movie star Hu Die and swimming champion Yang Xiuqiong, Hong Kong was merely a few years stop before traveling to Canada, as Chinese immigration quotas would make the American dream impossible for them. Actually, most post 1949 refugees had to cross the border on foot, Westerners being only allowed carrying a single 100 dollar banknote and for this reason being thoroughly searched by the PLA soldiers at the border. In her memoirs, Liliane Willens tells of her  double-back suitcase to hide enough money to start her life again after leaving China. After meeting with Carlos Lubeck descendants in Shanghai, I got a similar account of this former Macanese Shanghai family, hiding successfully bank notes in the baby diapers, a place soldiers would definitely not search! 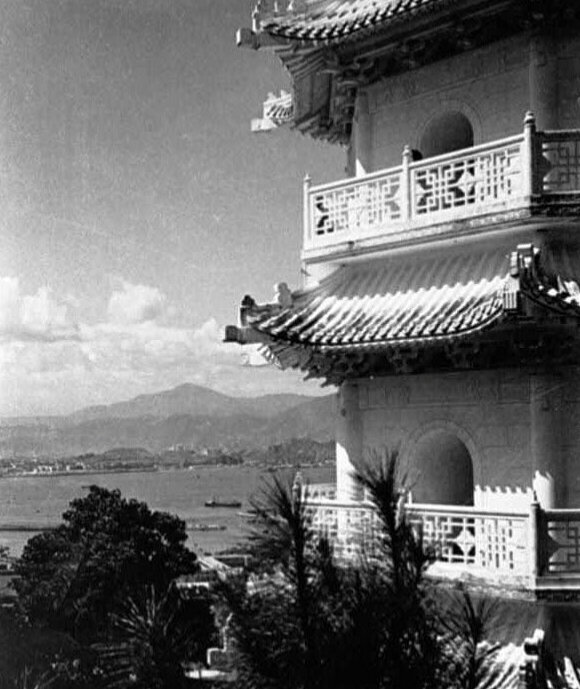 However, the biggest flow of migrants were mainland Chinese who did not make it onto the British Island. This one concentrated offices of companies like Jardine, founded by William Jardine who had once dragged the British Empire into the opium war, or colonial administration. Hong Kong island was also the home of white elites who built mansions on the Peak to ensure both sea view and fresh air. It also welcomed powerful Chinese personalities like Sir Robert Hotung, the first Eurasian settling down on the Peak in 1906 or Aw Boon Haw, the head of the "Tiger Balm" empire, who built a wonderful mansion and garden in Wan Chai in 1935 (nearby). In the 1950s and 1960s, mainland Chinese immigrants had sometimes no other choice than staying in Kowloon and work in the textile sweat factories located there (above), for the benefit of foreign companies, exactly on the same model than Shanghai, 40 years before! This time however, the British would not let communism poison turn the situation to their disadvantage. No wonder now you can get such cheap prices for clothes in the still very industrious Kowloon! 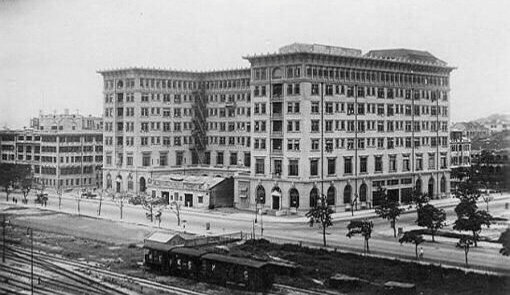 When building the Peninsula hotel, the Kadoories intended to make it the "finest hotel East of Suez", using a more New York renaissance and Indian palaces inspired architecture type than the more trendy Art Deco style that had already spread in the rest of the world. The Elly Kadoorie marble palace in Shanghai, although  built earlier, also shows the massive facade type of the Peninsula, obviously designed to impress. When visiting the city in the late 1950s, Russian Jewish origin French reporter Joseph Kessel would tell about the most Victorian type of city he discovered, with still standing two to four storeys buildings with colonnades, probably referring to the Marine Police Headquarters (now Hullet House Hotel below) also built close to the ferry terminal or the Hong Kong Club and Prince's building on the other side of the straight. Near the Marine Police Headquarters, one can still see the timeball tower built to help ships to adjust their navigation instruments at the exact fall of the ball at noon. This system was still to be found in most harbors of the world in the first half of the 20th century like on Shanghai Bund (today Gutzlaff Tower). At the time of its construction, the Peninsula investors probably did not realize that two years later, in Shanghai, Sir Victor Sassoon would definitely out fashion them for the next twenty years, with his Cathay Hotel, Shanghai becoming far more attractive in those years than the aging Hong Kong colony. When Shanghai decayed however, the retreating Westerners would find a harbor of familiar fine luxury at the Hong Kong Peninsula. This was an ideal place to stay before making plans into the island itself, offering an easy access to Central District by ferry. The fifteen minutes crossing, Kessel explains, “most surely connects the island to the continent as a solid bridge, adding the pleasure of the fresh sea breeze on traveller's faces. When landing, one would be joyful and relaxed to pursue the day activities, unlike commuters of most other big cities in the world!” After the 1994 renovation and 30 storey extension, only the lobby and the front part of the building remained in their original layout but this is good enough to imagine the atmosphere of the early years of the hotel. It is just grand, with exquisite golden decorated Victorian columns siding a monumental staircase to the water-view bars upstairs. During WWII, the surrender of the British governor of Hong Kong was signed at the Peninsula (photo nearby), causing him to stay for one month and a half in custody there, which revealed far more comfortable than the following years in Japanese prison camps! The Japanese themselves stayed in the hotel during the rest of the war and for this reason, the palace became the target of a daring P40 fighter attack in 1942 which damaged some of the top floors where the officers rooms were. Closer to us, several scenes of the James Bond movie "The man with a golden gun" were shot here, including a mention to the hotel legendary fourteen green Rolls Royce Phantom fleet.

Many lives would start or end at the Peninsula Hotel, on the exact model of Hong Kong playing the role of entrance door or an emergency exit to China. However, this is a golden door not everyone could use!

Commentaires sur Hong Kong Peninsula, the end of the line.