If you guys have seen “The World of Suzie Wong”, a 1960 love movie taking place in Hong Kong, you might remember that the title character lived in a rather poor area, probably one of the slums on the hills South of Wan Chai, before the Hong Kong construction boom. In those years, Hong Kong got overwhelmed by Chinese migrants (750 000 in the 1960s, one fourth of Hong Kong population!) ), most of them coming from the South regions. As the British colony was not prepared to receive such a large number of refugees, the housing crisis was inevitable. Squatter villages rapidly emerged in different parts of the territory, mostly on the Kowloon peninsula or the New Territories, like near the Lion Mountain (remember the 1970s TV series “Below the Lion Rock” depicting the harsh life of migrants) or Tai Hang Tung. What is more unusual is the case of PokfuLam village, which population is largely constituted by migrants, is that it’s history dates some 300 years before the British set foot in Hong Kong! Founded around 1670, Pokfulam means the forest of the pokfu, a local bird, along one of the only natural streams of Hong Kong. For this reason, the focus of villagers were more farmers than fishermen, growing rice, ginger and vegetables. Early photos from British settlers show small farms there whereas the rest of the island was deserted, exept for small fishermen communities. Originally, the village was created by three clans, the Chan, the Lo and the Wong, who all fled after the Three Feudatories Rebellion against Qing Dynasty Emperor Kangxi. They settled along a single street and today’s Pokfulam’s oldest monuments like Bogong Shrine or Li Ling Pagoda (below), both dedicated to traditional deities，are still located along this original central street. At the coming of the British by 1850s, the population was merely 50. One century later, however, the village already included four quarters, contained three restaurants, three hairdressers, eight groceries and ... two opium dens (let us not forget that it was the Westeners who introduced opium in China). The situation of the village, near the stream of the Waterfall Bay was of major interest  for the British, who soon decided to built there Hong Kong’s first fresh water reservoir there in 1871. In 1886, a Scottish surgeon called Patrick Manson created a dairy farm, using the valley for cow pastures. Dormitories for the farm workers were then built with access through the village. In 1959, 721 villagers were employed at the dairy farm which had definitely changed the destiny of the once small but now flourishing community. Agriculture became limited to a few terraces to leave sufficient space for the dairy industry. With new regular revenues, Pokfulam developped into a small town. Children would still enjoy the newly built reservoir to cool down in summer and play in the tree covered hills after school. After Chinese takeover in China, floods of migrants almost tripled the initial population of Pokfulam but the presence of Dairy Farm (the name of the company) contributed to settle them more easily than in other areas. Temporary shacks were integrated in the original village, adding a few more streets to it.  However, the most dramatic change occurred in the 1970s when nearby Chi Fu Fa Yuen complex was built. The village was suddenly surrounded by high rises with the consequence of fencing accesses to the surrounding forests and countryside paths, a sort of feeling of being caged in their own homes, some of the villagers remember. 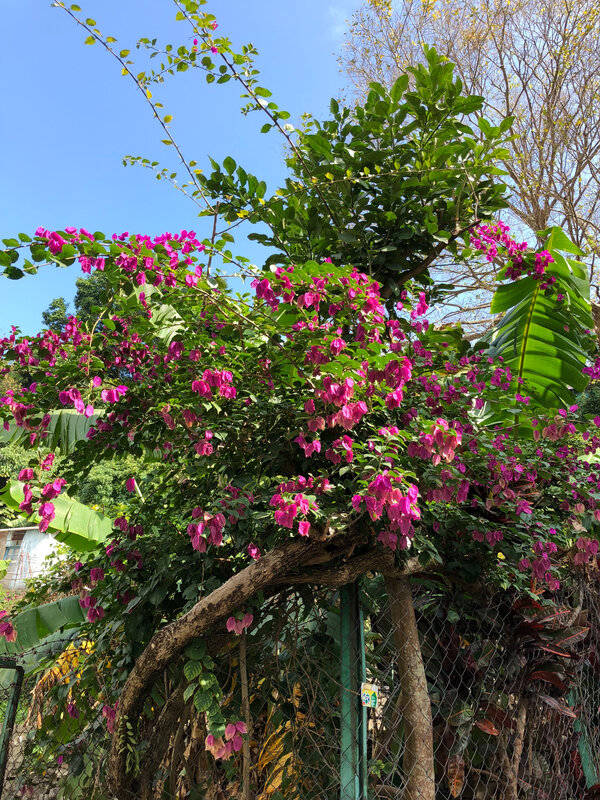 Another less obvious effect but still important was that the 400 years old village and its new illegal squatters was from then on qualified of “slum” compared to the modern standard of new wealthy neighbors. So people from Pokfulam started to fight for their ancestral access to the reservoir area and the accusations of staying behind. After 15 years of combat, they regained their original routes  as fences were open against the promise of installing running water everywhere and giving access to visitors. In the 1980s, Dairy Farm had become an International group with production centers and subsidiaries all over the world. Consequently, the old Pokfulam farm got closed, bringing even more uncertainty to the village. However, locals advocate that there way of life is unique and more civilized in many ways than the high rise type, mentioning the community feeling and high level of security in the village. People would leave their doors open, trusting every single neighbor. Traditional festivities continue to be celebrated like Mid-Autumn Festival, an event which mobilizes the whole village with making a fire dragon. When you ask them, they refer to the Brazilian favelas, saying those are part of the history and culture of this country. 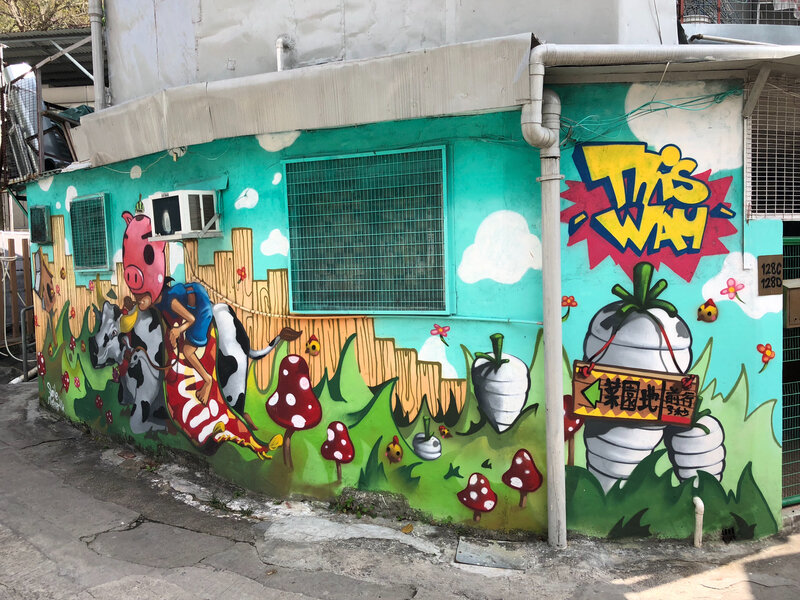 Many talented people originated from them and the feeling of freedom brought by those informal communities helps new projects to emerge. For this reason, one cannot help from thinking of this exemple when strolling in the alleys of Pokfulam village. Like their Brazilian counterparts, some walls are covered with paintings and colorful frescoes. Fences and gardens are sometimes decorated with children’s toys and at every corner, people simply smile at you or help with directions.

Pokfulam village is a living testimony of Hong Kong history. Let us hope this urban miracle remains for a while, but nothing could be less certain!