The old Star Ferry offers a travel option favoured by over 70,000 people who cross Hong Kong Victoria Harbour every day. Yet very few people know its actual story. Before the first tunnel was built, it was the only way to cross the two kilometers (today barely one) of the "Fragrant Harbour". Joseph Kessel, the French reporter and novelist who visited Hong Kong in 1955, was particularly touched by the charm of the old ferry which took some of the passengers who had landed in Kai Tak Airport or were staying at the Peninsula Hotel to their appointments on Hong Kong Island. Joseph Kessel wrote in his travelogue "Hong Kong and Macao" which was published in 1957: "The crowd of travelers flowed from the boarding pontoons on to large flat-bottomed boats, taking up their places without jostling or disorder. While one ferry was already leaving, another crowd came out from the flanks of the other in direction of the mainland. These people, whether they were Chinese from Canton, Peking or Shanghai, Malay, Indians, English, civilians or soldiers, had not the squeezed, twisted, clenched or haggard faces that one sees at rush hours on public transports in Paris, London or New York. A friendly smile aa well as a relaxed expression softened their features. From Kowloon to Hong Kong, the cool breeze kept caressing the faces, because the passage from one bank to the other, if it took only a few minutes, was made of grace, charm and poetry. " . Even today, one takes one's time to admire each of the moves of the sailors in charge of mooring operations in their blue uniforms. After one of them hands the heavy rope to the man of the wharf with help of a long stick, he would make three precise knots around the mooring pole, to ensure the final stop of the boat. Then the door, in front of which passengers are patiently waiting, topples down and everybody throw themselves on the ramps along the green columns leading to the heart of the city. The sequence of all these subtle moments constitute an immutable ballet which has been lasting for more than a century. Dorabjee Nowrojee, an Indian Parsi business man, launched in 1874 the service that would become the future Star Ferry Company. It was originally a mere hard top motor boat which he used to haul bread. Our man indeed owned Victoria Hotel in Hong Kong, Kowloon Hotel, on the continent side, as well as a bakery which had to deliver bread in both locations. Therefore the ferry was a convenience more than the main purpose of his business. However, more and more people started to use his boat to cross the harbour, so he decided to extend the number of crossings to accomodate these passengers. As the workers in Paul Chater's (nearby photo) company Kowloon Wharfs became familiar with Nowrojee's boat, he negociated with Chater the maintenance of his boats and wharfs in exchange of a cheaper crossing fee for the company's employees. 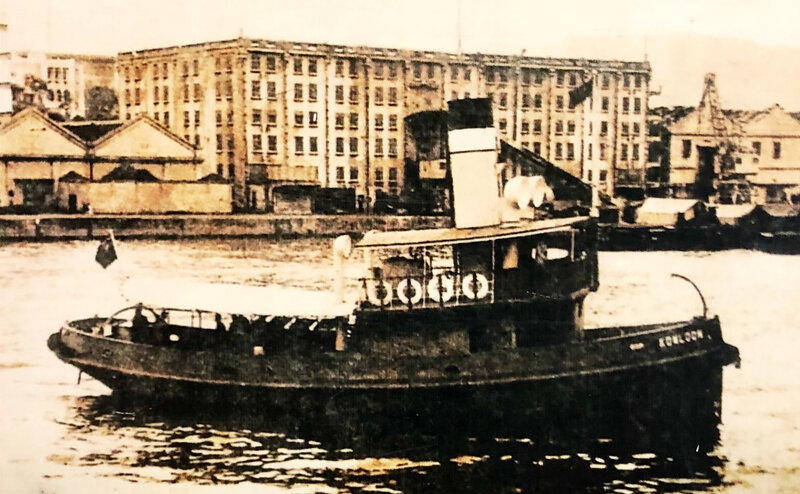 This smart agreement would reveal crucial to keep the service aflow when competition became tougher with a war on prices and less passengers that could have damaged the overall profitability. In 1888, Nowrojee returned to India and sold his business to Paul Chater who eventually renamed the company Star Ferry in 1898. This name was inspired by a poem by Alfred Lord Tennyson entitled "Crossing the Bar", which begins: "Sunset and evening star, and one clear call to me!". Since then, the ferries where all named after stars. In 1898, the first double-decker boat was introduced. Among the events that mark the history of the Star Ferry, the 1906 typhoon was responsible for the destruction of Tsim Sha Tsui terminal until 1914. However, the most difficult period came during WWII control of Hong Kong by the Japanese. In addition to the bombing of many boats, some ferries were used to transport POWs from the Sham Shui Po camp to Kai Tak airport, where they had to build a new runway. After the war, the fast city development also slightly changed the crossing experience. Indeed new terminals were built on reclamations, making the journey shorter every decade. In the lattest Blake and Mortimer album, it is possible to date the scene in the 1950s from the shape of the ferry terminal. The begining of the movie "The World of Suzie Wong" also shows Kowloon terminal in 1960 (second photo and video) In 1966, a 5 cent increase of the ferry ticket caused a student to go on a hunger strike, his arrest triggering the first riots of Hong Kong's modern history. Indeed, the population, which was majoritary poor,  in those years, attributed this increase to the then corrupt English government. This incident also showed how the Star Ferry had become important as the companion of the lives of generations. Since 1972 a tunnel connects Kowloon to Hong Kong Island (they will soon be three) and since 1982, the Tsuen Wan subway line offers an additional crossing possibility. 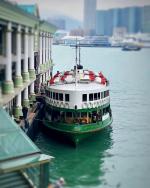 The Star Ferry popularity, however, is confirmed among Hongkongers who still regularly use the twelve boats of the company, when they want to avoid the long corridors of the metro or the taxi hassle during traffic peaks! However, the experience of the harbour crossing is very different from thatof  Kessel, the many local wooden boats having disapeared since the 1970s. This facilates the traffic (sails had priority at that time) but had become far less romantic. Judge for yourself: "On her liquid route, on the right and on the left, motorboats, yachts, car transporters, or maneuvered either rowing or paddling, slipped the sampans. At every moment, from all perspectives, junks bloomed the sea."

After 150 years, the Star Ferry retains its magic and remains a wonderful time machine. For every crossing still brings a poetic break in the city's rat race.